Bandai Namco has today revealed some brand new details regarding content coming to Dragon Ball Xenoverse 2 via the paid Extra Pack 2 and free update, and it's good news, as the former provides a new story scenario where four playable characters appear to disrupt the world.

This new storyline requires players to take part in a Time Patrol with Master Characters meeting Fu, who is a mysterious teenager equipped with a ninja sword. As you'd expect, Fu's attacks are all focused on this sword, but he's also got great long-ranged attacks, and "holds the key to this new story mode," as Bandai Namco describes.

The free update, however, allows players to customise characters by changing skills, colours, and abilities regarding attacks and costumes, meaning some can now use attacks they originally wouldn't have been able to. There will also be new special costumes available as well, like Goku's Journey to the West, and a Cross Ultimate Attack System will be added too, so you can launch Ultimate Attacks together with another character.

We have new screenshots of all of this content down below if you're interested. Which are you most excited about though - the Extra Pack 2, or the free update? 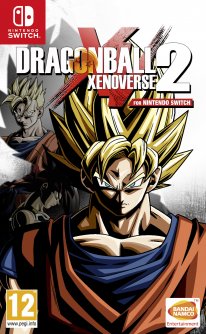