Bandai Namco Entertainment Europe has revealed that the World Tour for Dragon Ball FighterZ will be returning this year and in 2020, following the success of the first championship in 2018/19, running from eight to nine months from this month onwards.

The winner will be decided at the FighterZ World Tour Red Bull finals in France, with the top 16 players decided based on Saga events, points throughout the tour, and the Last Chance Qualifier coming later on.

These Saga events will take place at Evo, World Tour Red Bull Saga Spain, and World Tour Red Bull Saga Japan, and the winner of each of these gets a spot at the final, with 12 others going to players with highest total rankings. Tenkaichi events will be a part of this as well, offline events allowing players to accumulate points, and more details will be revealed soon.

"Bandai Namco have decided to partner with Red Bull to bring the World Final and two Saga events for the Dragon Ball FighterZ - World Tour 2019/2020," says Herve Hoerdt, SVP of Marketing, Digital, and Content at Bandai Namco Entertainment Europe. "Red Bull has a history of helping build and lending its support to the fighting game community (FGC) across the globe and together we believe we can bring the best experience possible to our competitors."

Will you try competing? 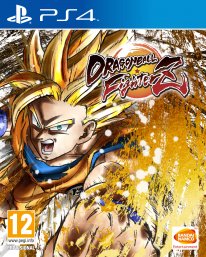