Soon after the events in Dragon Age: Origins, I'm slowly making my way to Vigil's Keep in Amaranthine, the northeastern part of Ferelden. The keep used to belong to Arl Rendon Howe, but after his betrayal it has passed on to the Grey Wardens and as leader of the order I'm supposed to set the situation straight. The welcome comittee is not made of cheering knights, though; instead I'm greeted by darkspawn and a troll. I've walked straight into an ambush, and before we can call the interior decorator to have a look at the dungeons it's time to kick some serious evil butt.

As an expansion for Dragon Age: Origins, Awakening adds a new option to the game's start menu. From there, you can choose if you want to import your old character or start a new one from the country of Orlais, in which case the game will take for granted that no Grey Warden remained in Ferelden. If you import your old self all your decisions, relationships and gear will be transferred over to the new campaign, and you will be upgraded to a more fitting level and given a couple of new abilities to play around with.

My new-found status gives a whole other feel to the adventure this time around. As leader of the Grey Wardens I am the ruler of the area, and everyone from farmers to noblemen have bend to my will. It also means I have to make a couple of new decisions. I get to settle disputes, decide how the rather limited resources should be divided and even judge in criminal cases. Of course, everyone is never happy and I have to choose my battles wisely, or just roleplay my way through the situation at hand ("what would my character do?"). At the same time I'm often a victim of conspiracies, which is the dark side of being a celebrity I guess.

As a ruler, I have tons of things to do. The game follows a similar structure to the original, where you get a couple of main missions that you can do in whatever order you want to. But it's also filled with side quests, and every person I meet seems to want me rescue their kidnapped daughter or help some attacked village somewhere. Before I even set foot outside my new keep my to-do list is filled with stuff I need to take care of. The missions are shorter this time around though, which gives Dragon Age: Origins a faster tempo but, at the same time, a shorter life-span.

One thing that hasn't change is Bioware's amazing characters. Most in the gang are new, but some familiar faces pop up now and again. The perverted and probably alcoholic dwarf Ohgren plays a much bigger role this time and has become even more fun as a result. I also like Nathaniel Howe, son of Rendon, who infiltrates the keep in order to get revenge. Instead of hanging him I decided to recruit him for the Grey Wardens, and I found good use for his bow and his snappy discussions with Anders, the escaped mage. Heartfelt contempt can be so entertaining.

The returning characters have their voice acting intact, but the new ones hold the same high quality. In general the game keeps the same technical level as the last one, which of course isn't surprising, even though the design feels a little bit better. Similar to what Shivering Isles was for Elder Scrolls IV: Oblivion, it feels as if though the environments in Awakening is a bit more varied. The only sad part is that most of the equipment you'll find will use the same models as in Dragon Age: Origins, which was one of the drawbacks of the original too. It's not often that you'll get to see brand new weapons or armor.

You start out at level 18, if your imported character didn't make it further than that. The new abilities for level 20 and up add a lot more variety to the fighting, but I can't shake the impression that Awakening is easier than the original. You don't run the same risk to get a sudden brutal beating in some unexpected boss fight, unless you crank up the difficulty level. New passive abilities that increase your health or mana, or new potions that allow warriors or rogues to increase their stamina, helps to make everything even easier.

If I'm going to play the bitter card, I could whine about the fact that an expansion this filled with material is released less than 6 months after the original game (and then we're not even counting all the DLC). Baldur's Gate II, released in the "good old days", had more material than this in the first box. But I'm not going to whine. Dragon Age: Origins is still one of the best roleplaying-experiences in a long time and if there is something worth paying for out there, this is it. Awakening adds another great campaign and gives us even more background to the plot together with more wonderful characters. The combat system is still as genial (at least on PC) and the new possibilities for some active roleplaying are all welcome.

Gamereactor UK
+
Varied design, more interesting choices, new challenges, great characters
-
Some re-used graphics
is our network score. What's yours? The network score is the average of every country's score 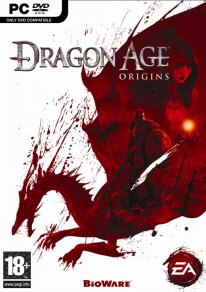