Bioware's Gaider on how to improve LGBT inclusion in games

"It's a matter of getting everybody on board and thinking about other sorts of players", but "on a respectful manner and no need to justify". DAI's Krem and Dorian as examples.

"Players want more fleshed out writing" in next Dragon Age

BioWare senior writer David Gaider points out "we all learned a lot from Inquisition" and compliments CD Projekt Red on The Witcher 3's side quests.

No more DLC for Dragon Age: Inquisition on Xbox 360 and PS3

Which is why Bioware has announced the "Save Importer" feature.

Bioware are "not quite done" with the story.

Inquisition to get new Dragonslayer mode next week.

Jaws of Hakkon hits other platforms in May 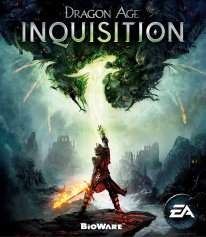