Doom is set to receive its first major update on June 30, and a whole host of features are included, such as the ability to centre the weapon when firing (like you could in the original Doom). A nice little gif has been shared by Bethesda showcasing a centred weapon in action. There are many other features in the update, all of which are listed on Bethesda's official site, and highlights include changes to the multiplayer, and an added Photo Mode for the campaign. 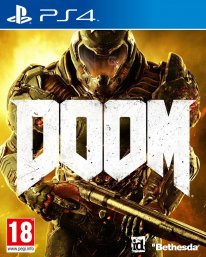