Developer id Software recently released 'Update 2' for its high-octane shooter Doom Eternal and it looks as though its players are in for plenty of treats. Apart from fixes and improvements, a brand-new Battlemode map titled 'Torment' has been released as well as demon-specific keybind options and latency improvements.

Those playing the campaign will also see some changes such as empowered demons appearing more frequently. Read the full patch notes here.

Wrap up the Slayer Saga as you take the fight to the Dark Lord's doorstep.

Doom Eternal to get a new-gen upgrade later this June

We were recently able to catch up with executive producer Marty Stratton and game director Hugo Martin.

No exact figures have been shared, however.

The second DLC will see the Doom Slayer face off against the Dark Lord. 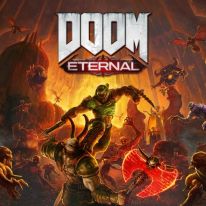