Sometime this year Divinity: Original Sin is arriving on consoles via the Enhanced Edition, and the official PS Blog has revealed an interesting bit of news about a new mode that's on the way.

It turns out you can hop into the adventure with you friend either online or locally. When played from the same console the game will run in split-screen mode. Given the length of the game, perhaps it'd be best to team up with someone you don't mind spending plenty of time sitting next to.

There's no official release date for the Enhanced Edition as yet. In one interview the developer said they hoped to launch the game in October. A recently released trailer says it's coming to PS4 this holiday. We'll update you with more news on that front as soon as we have it. 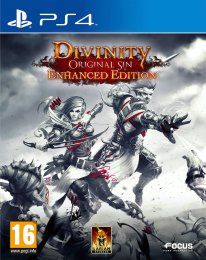