Today Larian Studios announced Divinity: Original Sin - Enhanced Edition for PS4 and Xbox One, a new version of the RPG which will release alongside versions on PC, Mac, SteamOS and Linux. This edition isn't a simple upgrade, but - as Larian Studios has declaired on their Kickstarter page - it's a "whole new experience, with controller support, local co-op with split screen, fully voiced characters, a totally reworked story (with a brand new ending), and much more".

You can see all the details regarding Divinity: Original Sin - Enhanced Edition in the reveal trailer below. Meanwhile, Larian and new publisher Focus Home Interactive have yet to reveal the official release date other than saying it'll be out at the end of 2015. However the studio did say that they'll be sharing more info about the Enhanced Edition - features, gameplay, and new modes - during E3 2015. You can read our review of the PC version over here.

Become part of a reactive, living and open world. Explore diverse environments, find myriad creatures and tons of desirable items.
Experience gripping, party and turn-based combat. Manipulate the environment and use skill & spell combos.
Play in co-op multiplayer online or in local split-screen and engage in co-op dialogues. Shape your relationships with your partner that will influence the game.
Unravel a deep and epic story, set in the early days of Rivellon. Taking place well before Divine Divinity and Divinity 2: The Dragon Knight Saga, Divinity: Original Sin presents you with a familiar world in another era.
Classless system lets you shape your character any way you want. Endless item interaction and combinations take things to another level of freedom. 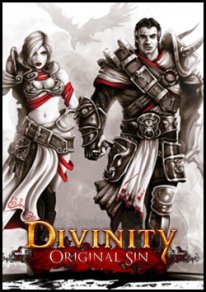