Disney Universe may not be a game on everyone's radar, but Disney are banking on that to change in time for its release later this year. Pairing a Little Big Planet-esque co-operative platform concept with numerous famed licenses owned by Disney sounds delightful. Remains to be seen how it plays, but in the meantime you can check out a fresh batch of screens below.

A whole bunch of them.

Can't wait to be king? 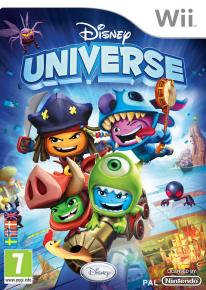