The finals will take place in January, with the quarter- and semi-finals getting the heat going in December.

A trailer has been provided for this mode as well, which lets you experience Codemasters' game in a new way.

This will bring new cars and tracks to play on over 11 weeks, included as part of the game's Season Pass.

We also know about the various weeks of additional content we're getting with Season 1, starting in March.

Three exclusive gameplay clips with different wheel and racing conditions to check out how Codemasters' rally sim has improved.

Dirt Rally 2.0 shows off its full car list at launch

You can get the Porsche 911 RGT Rally spec with the Deluxe or Day One Edition, but there's plenty to see as things stand.

Codemasters shows love to cars from the 1960s through to the modern day, preparing us for February's release.

If you're wondering how Dirt Rally 2.0 is an improvement over the original Dirt Rally - which released three years ago - then we have the video for you, as Codemasters...

Pre-order and Day One incentives for Dirt Rally 2.0

Pre-order for an Opel Kadett. 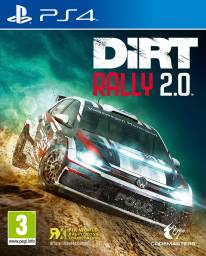