Devil May Cry 3's Special Edition is heading to Nintendo Switch on February 20, and now producer Matt Walker has highlighted some of the interesting features players can expect with this version, including a new feature called Style Switching.

The original was the first game in the series to introduce the Style System, letting you pick between six different styles, but with this feature you can switch on the fly just like with Devil May Cry 4.

Using the d-pad, you can press up for Trickster, down for Royal Guard, left for Gunslinger, and right for Swordmaster, with the late-game special styles assigned to double-taps, like left for Doppelganger and right for Quicksilver.

Leveling up the main four styles also works as you'd expect if you've played with the originals, but now you can level up multiple styles alongside each other.

You can see this new feature in action at 22:00 GMT (23:00 CET) tonight on Capcom USA's Twitch channel, and we're also told that other new features will be revealed on January 30 and February 13.

Did you play the original game?

Devil May Cry 3 on Switch gets Style Switching feature

You can swap between styles on the fly, including the Doppelganger and Quicksilver styles unlocked later on.

Devil May Cry 3 styling onto Nintendo Switch in February

The prequel adventure is coming as a new Special Edition, adding Vergil as a playable character. 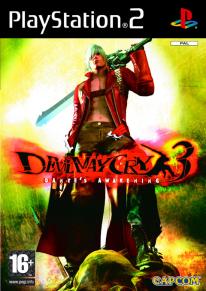