505 Games is publishing Variable State's debut indie adventure game Virginia on September 22 on PS4, Xbox One and Steam (Windows and Mac), as recently announced by the publisher.

Virginia follows the recent trend of Twin Peaks-inspired adventure games, but adding an FBI mystery twist and a polygonal first person perspective. Set in 1992 in Kingdom, Virginia, players step into the shoes of a rookie agent whose first assignment is to find the missing young guy Lucas Fairfax. But nothing is what is seems from the very start of the game, not even your veteran partner...

For a better idea on what Virginia offers, check out the following screens and trailer, or just download the demo via Steam.

"This a strange, obscure and challenging piece of interactive entertainment, but at the same time it's also intriguing, thoughtful and full of heart."

Virginia updated on all platforms today

Check out the launch trailer for Virginia

A tantalising glimpse into a captivating detective game.

The mysterious first-person thriller gets final date and playable demo slice on Steam. 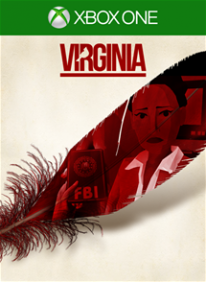