If everything went as planned, we would have been playing Deathloop for more than a month by now. But unfortunately, this was one of many big titles that was delayed earlier this year as a result of the pandemic. Instead, it is now coming in September.

And when it does, we can look forward to a title that has a higher level of ambitions thanks to next-gen. This was revealed by the game director Dinga Bakaba from Arkane Lyon, who says to Play Magazine:

"I don't think that we would have been able to preserve the level of ambition of this game were it not for the move to next-gen. It's always heartbreaking when you get to the end of a project, and you have to optimise things, and now you have to cut your map in half and you have to justify why it's in two parts."

Bakaba is specifically talking about PlayStation 5 in this case, as Deathloop is a PC and PlayStation one year time exclusive, despite the fact that Microsoft owns the studio. Microsoft said they will honour this deal that was inked before the Bethesda acquisition, and this means you should not expect Deathloop for Xbox (and Xbox Game Pass) until September next year at the very earliest.

Check out our own interview with Dinga Bakaba below. 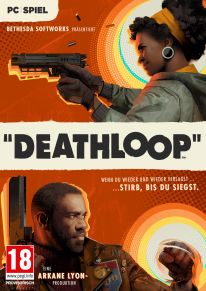