During its EVO Japan presentation, Team Ninja announced the Dead or Alive World Championship. This global tournament series will have Qualifiers in North America, Europe, and Asia, with the best players from each region proceeding to the Grand Finals in Japan.

The total prize money for the Qualifiers and Grand Finals will add up to the sum of 10 million Yen (which is roughly $90K / £70K / €80K). With the tournament dates and locations yet to be announced, we'll have to wait for further details about Team Ninja's upcoming World Championship.

Dead or Alive 6 is set to release on PC, PS4 and Xbox One on March 1. Are you planning on picking up the game and then entering the Dead or Alive World Championship? 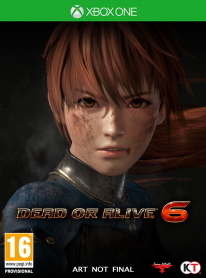