With about a month left of waiting, Dead of Alive 6 launches to the joy of fighting game fans. To sate your hunger for the release we have some exclusive gameplay to share.

You can jump into the DOA Colosseum until January 14, but you can also see two new DLC fighters courtesy of a new trailer.

Dead or Alive 6 gets delayed by a couple of weeks

Is there a need for polish or does Team Ninja just want to avoid the extremely busy February 15?

A few days ago, we reported that Brad Wong and Elliot had been announced for Dead or Alive 6, unfortunately without either pictures or - more importantly - a new trailer....

One of the best entries in the Dead or Alive series was Dead or Alive 3, a game that amongst other things introduced Brad Wong - a drunken kung-fu master in search of a...

Kokora and Lisa will return too.

Another old favourite is ready to enter the ring.

Koei Tecmo using Dead or Alive 6 engine in other projects

Bass, Tina and Mila announced for Dead or Alive 6 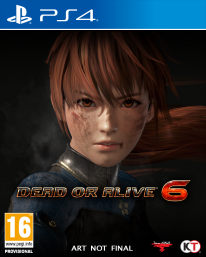