Zombies are a bit like ice cream. No matter how much you've eaten there is still room for more. And Techland should thank their lucky stars that's the case cause the zombie ice cream truck has been delivering video game treats for us at a dizzying pace lately.

If you're aware of Techland, it's probably thanks to their western series Call of Juarez, but Dead Island has been a project that has been cooking for quite some time. In fact, I first saw it at Games Convention in Leipzig back in August of 2007. Four years on, and lots have changed. No longer just a prototype, Techland has fleshed out the concept that may be described as Left 4 Dead meets Dead Rising on a tropical island.

The PR work that has gone into "re-announcing" Dead Island must be commended. The trailer that debuted on IGN is currently closing in on 4 million views on Youtube, and it was a viral phenomenon that trended on Twitter. It sent shockwaves back to the Polish developer, who despite some success in the past, in particular with Call of Juarez, really haven't been in this much focus. And with the trailer came the questions. What does this really have to do with the game?

Well, the trailer has got something to do with the game. It's a prologue of sort that lets you see what happens to a family in a hotel on the island of Banoi. The player starts the game waking up outside of the same hotel, the trailer also illustrates the close quarters nature of the action in Dead Island. You won't be picking off zombies from a distance, but instead you will have them in your face for most of the game trying to fend them off with any and all weapons you can find and conjure up. As such it's fair to liken it to a first person Dead Rising, but the first person perspective has a very big impact on the gameplay and there are also other things that sets Dead Island apart from Dead Rising.

The main thing to focus on is of course the four player class based co-op. So far on the website one of four hero characters have been revealed - Xian Mei - a quick and smart character. During the GDC demo a "tank-like" character was used to show off the first section of the game. What's interesting is how Dead Island combines these Left 4 Dead sensibilities with a heavy reliance on melee combat while using something that resembles an open world where you unlock bases where you pick up missions from survivors. The seamless drop-in/drop-out co-operative play is something that should have every zombie slayer out there excited. And the setting on a tropical holiday resort is another aspect that feels fresh and interesting. In a way it reminds me of what Far Cry achieved with its tropical setting back in 2004.

We've combined items into zombie killing gadgets in Dead Rising, and Dead Island seems to be using a very similar system. Your inventory is also limited in a similar fashion. The difference is how you use them. The developers emphasised how important it will be to keep zombies away from you and throwing objects in order to create space will be key to survival. There will also be different categories of zombies, some will be swifter than others and you will need to learn how to tackle each zombie type with the tools you have at your disposal. It's a good thing the player is immune to the zombie virus, but it will still be a struggle to survive.

First person melee action is something that is not without problems and having zombies group up around you without the overview a third person perspective isn't a prospect we're looking forward to. This is something Techland will have to address in order for Dead Island to live up to its potential and the hype the trailer has spun. The sparse supply of guns and ammunition is something that may not appeal to all players, but separates Dead Island from Valve's popular zombie romp.

The 15 minutes or so that I saw of Dead Island looked good, and if there is enough depth to the character progression and replay value in the missions, this could be a Borderlands for zombie lovers. There are a lot of familiar elements here, but they way they combine and the few innovative touches Techland have added make for a very interesting game. It may struggle to live up to the hype created by the trailer, but then again what game could hope to eclipse that? 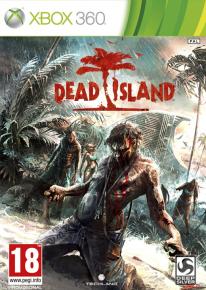