Techland is to roll out an extensive update for Dead Island, with PSN getting first dibs tomorrow, November 9th, and Xbox Live's own coming November 10th.

Fix: players are no longer left without a weapon after dropping the equipped item and healing with a medkit.
Fix: equipped items no longer swap mysteriously after drinking an energy drink
Tweak: healing with medkits from inventory works better, makes smarter choices of medkits
Fix: loot from dead enemies is now always identical for all co-op players
Fix: Purna no longer finishes her Fury with fists equipped
Fix: map tracking after death
Fix: zone info in the quarantine zone (City of Moresby)
Tweak: respawn point selection is now smarter 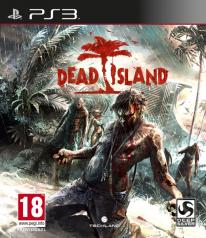