Dead Cells: The Queen and The Sea DLC is releasing this January

It'll mark the end of the trilogy of DLCs that started with The Bad Seed.

"In a shameless attempt to convince Lord Gaben of Valve to send us an Index kit (each, of course) we built this," pleads the studio, convincingly.

Two early game biomes are coming in with this DLC, but that's just the beginning for the roadmap of the next two years.

Recycling Tubes are there for experienced players, and a new mini biome has also been added to the game.

Dead Cells is here for iOS, and so is a new trailer

The mobile version has been redesigned with these users in mind, including new control options to utilise.

Dead Cells' Rise of the Giant DLC arrives on all platforms

A brand new launch trailer has just been released, along with the announcement that the game has passed two million copies sold.

Motin Twin has teamed up with Playdigious to deliver this new mobile version, with Android players getting it later on.

Dead Cells: Rise of the Giant is "focused on end-game content"

We talked to Motion Twin at PAX about the major content update for one of last year's most popular indies.

Dead Cells shifts one million copies on PC and console

PC is the main platform, but Nintendo Switch sales have been good too according to Motion Twin. 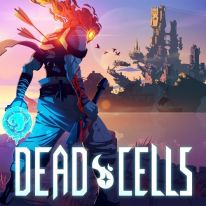