de Blob 2 will bring a dash of colour to two new platforms next month on February 27. THQ Nordic announced the launch date for the console version of the game, adding that it will come with enhanced visuals, twelve new missions for the story mode, and split-screen co-op multiplayer. Blue Tongue Entertainment originally released the platformer for old-gen consoles six years ago. In the game, Comrade Black has to paint every wall, floor, plant, piece of furniture, or anything else in Prisma City to stop Papa Blanc's evil plan and restore colour and music to the world.

Splashing color on your Monday

Time to color the world again 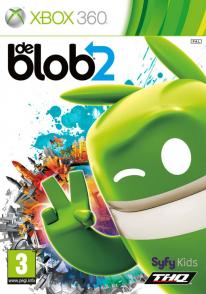