2011's De Blob 2 has finally landed on PC (on Steam and GOG.com with a 25% discount on both platforms), more than six years after its initial launch on PS3, X360 and Wii. Here's a short list of the features included in this new version, including unofficial Wiimote support:

If you're a PC gamer and were tempted by this title in the past but couldn't play it, now is the time to make you move.

Splashing color on your Monday

Time to color the world again 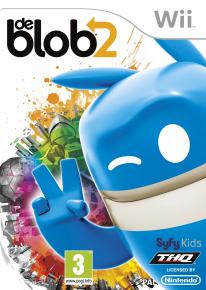