After what feels like forever in public development, the folks over at Bohemia Interactive have just released the 1.0 version of the post-apocalyptic sandbox otherwise known as DayZ. At the moment we're really only talking about the PC version of the game, with console releases still to follow. It's also worth noting that the game is free-to-play this weekend, so if you want to jump in and take a peek without reaching into your wallet, now's the time.

DayZ started life as a mod for Arma 2, which at that time was fertile ground for modders and it also spawned many of the features and mechanics that would go on to feature in H1Z1 and PUBG. Dean "Rocket" Hall was the man responsible for the initial DayZ mod, and his survival horror game proved extremely popular and eventually, Arma-devs Bohemia decided to hire Hall and develop the mod into a standalone game.

We'll take a closer look at the game in the coming days and let you know what we think in due course. In the meantime, there's a trailer to watch below. 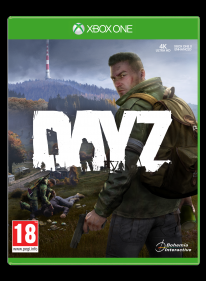