Bang. I'm dead. It's a depressing reality that all roads lead to this eventual outcome. However, death in DayZ is more impactful than it is in the myriad of other shooters that crowd the market. That's because DayZ, despite featuring guns and things to shoot them at, isn't a shooter; it's a simulation, a sandbox representation of the zombie apocalypse come true.

But this is not the zombie apocalypse as told by Resident Evil or Dawn of the Dead, this is more akin to something like Cormac McCarthy's The Road. The zombies that are out to feast on your soon-to-be-dead corpse are actually relatively low down on the list of things that are likely to kill you in DayZ. The sad truth is that it's other players who are far more likely to end your life. It's the exemplification of kill or be killed.

This attitude among DayZ players is much the same as it has been since the mod launched in 2012. It's probably a sad but fairly accurate indictment of humanity, that upon the dissolution of society, we'd be looking at anarchy, chaos, survival of fittest/most ruthless individuals.

It's possibly because - at this early stage in DayZ standalone's development - there's not many zombies on the giant map of Chernarus, so it's actually player-driven actions that have caused each of my deaths up to this point. Given more zombies to dodge and I'm sure that this will balance out, but at this moment in time there's actually a distinct lack of undead shufflers lurking in and around the buildings on the island.

In fact, there's plenty of stuff that's still missing from the game in its current state. At the time of writing there are no vehicles anywhere, which makes moving around the island painstaking work. As before we're dropped on the beach and must move inland to avoid the opportunistic players who loiter there waiting to take advantage of freshly minted characters.

The lack of transport options means that getting to a friend is no easy feat, and moving inland to more resource fertile areas often takes a sizeable chunk of time. It also makes it more hazardous for new players, and on more than one occasion we came a cropper before we'd even had a chance to get settled into a rhythm. In fact, our first experience with the standalone went thus; spawned, entered nearby structure, came across two guys who started hitting us, ran off but was chased, eventually they caught up, beat us unconscious repeatedly until we died.

It's a tricky one, because on one hand the brutal nature of the game, the griefers, the spawn killing; it's all horribly frustrating and, at times, it makes us hate it with a passion. But it's also these factors, layered with the zombies and an uncompromising environment, that makes it such an incredibly tense experience. The pervading threat of violence that holds you in its grip throughout is what makes DayZ what it is, and it's the reason that no matter how many times we walk away, we always end up coming back for another bite at the (often rotten) apple.

When it works, however, it really works. It can be frustrating, lonely, emotional and barbaric, but the underlying experience is utterly compelling, and it's balanced in a way that keeps each new play taught at all times. You never just jaunt through the woods without a care in the world; one eye is always on the horizon, and you have to remain aware of your surroundings constantly. This is not just to avoid other players, or the undead who meander through the landscape, but to keep track of the world you're moving through. Without a map it can be disorientating, and very easy to walk back the way you just came. There's nothing so depressing in DayZ, bandit attacks aside, as coming full circle and rounding a corner only to behold the expanse of water that starts each game.

One thing that does stand out when compared to the original mod, this island is starting to look the part. The visual fidelity has been improved. The landscape is full of variety and nuanced details. Light flickers through the branches, and from time to time there's a temptation to stop and take in a particularly elegant vista. Now nearly all structures are enterable, so there's more reasons to check out an abandoned settlement than before, even if there's a greater risk of running into other players.

The feeling of simulation has been reinforced by a few key additions. The player is now no longer given specific stats as to their health. Now we're given notifications in the corner of the screen like "I'm starving" and "I need a drink". It's not as precise, but it's much more unsettling. You'll spend a good portion of your time in each game vexing over the messages in the corner of your screen. You're always hungry, and scouring the world around you for nourishment is a full time activity that you only pause from long enough to run away from the odd zombie or enemy player that's stumbled upon.

Everything that's currently in place allows for an immersive experience, but really only if you can forget about the existence of the mod that preceded it. As it stands, that's the more complete experience, and it's no surprise that many DayZ stalwarts have come onto the standalone's servers, surveyed the state of play, and have moved back to the mod. There, within that space, are a variety of different configurations created by the extensive community, built on the back of Dean "Rocket" Hall's original vision.

There's also plenty of technical issues, which in fairness we have been warned about, but they're there nevertheless. The running animation is far from smooth, and you'll often find your character's position moving slightly as they sprint. With niggles like that, coupled with the limited range of options currently available in the Early Access version of the game, it's no surprise that many are going back to the old as they wait for the new to catch up.

But that's not to say that you shouldn't check out DayZ now. Sure it's buggy and glitchy and far from finished, but there's still some great experiences to be had there. While it's hard to recommend in its current state, it's also difficult not to. For every negative there's a positive that just about outweighs it. There's also the Minecraftian pricing of the product, which has been discussed by Rocket in the past, whereby the it'll be cheaper to buy the game now, and more expensive when it hits beta, and again when it's properly launched. If you're definitely planning on buying it later, then now's the best chance you'll have to get it while it's cheap.

There's plenty of promise in these zombie-infested hills. Bandits may roam there too, looking to pick off the weak and the helpless, but perhaps that's the hidden truth that makes DayZ so convincing; the notion that people, left to their own devices in a hypothetical time and place such as this, would easily and quickly dissolve into brutal, remorseless violence in order to survive. It might be horrible, it might be painful, but it rings with plausibility. For that reason alone, we're heading back to Chernarus for another walk on the beach, with a singular goal of staying alive just a little longer than last time.

You can pick up the standalone version of DayZ on Steam Early Access for a penny shy of twenty quid (for the free mod you still need to purchase Arma 2: Combined Operations). The game launched late last year, and since then it has sold well over a million copies, despite it being unfinished and still missing several key features. For more information on the game's launch, check out our recent interview with the game's creator, Dean "Rocket" Hall, which can be read exclusively in the latest issue of Gamereactor Magazine, which was released yesterday. 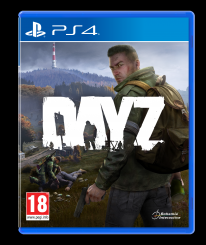