Dauntless, a gorgeous monster hunting RPG developed by Phoenix Labs, will be coming to both PS5 and Xbox Series on day one. No details were given as to what resolution or frame rate it would be running at on next-gen consoles, but it was revealed that the title would support cross-platform play, allowing the entire community to hunt together.

If you're not aware of Dauntless, it's a free-to-play RPG that draws heavy inspiration from the Monster Hunter series. It was released back in 2018 and recently made its way over to the Nintendo Switch platform. In our review of the game, we said that it "provides a good amount of free-to-play fun for fans of co-operative RPGs, even though the game struggles to shake its similarity to Monster Hunter."

Like all live services games though, Dauntless has adapted over time, and there's plenty more for fans to look forward to in a big update coming in December. This update is set to introduce a new hunt type known as Hunting Grounds, new island events, and a rework to the gear leveling system.

Action RPG Dauntless is getting a massive patch today

Dauntless - Reforged is said to be the biggest update so far, and it will bring the players a lot of new things to try out.

Dauntless is coming day one for PS5 and Xbox Series

Next-gen console owners will be to play with the whole community too, as cross-platform support will be included.

Dauntless has just come to the Nintendo Switch

Phoenix Labs spreads its wings to another platform, meaning a whole new audience can try the free-to-play title.

Dauntless gets 1.0 update later this month

You can try it right now, but 1.0 launches on September 26, bringing brand new features to the game.

The new season of the Hunt Pass kicks off this week as well, so there's plenty of new stuff to see in Phoenix Labs' RPG. 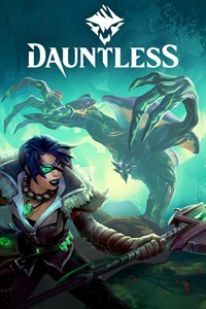