REVIEW. Written by Rasmus Lund-Hansen (Gamereactor Denmark) on the 15th of May 2011 at 17

"Darkspore ends up being a classic hack n' slash held back by too much micro management and the need to grind for gear."

Tired of waiting for Diablo III? Maybe Maxis and its latest creation, Darkspore, can fill in the gap. GRTV talks to its lead producer about the dark side of creation.

How do you better Will Wright's original creation? For Fred Dieckmann and Maxis, the answer is to take the next step in evolution. Shaking the DNA chain with them: GRTV.

With the release date of Diablo III still unknown Maxis provides us with something similar set in the Spore universe. Bengt has gotten his hands on Darkspore.

A look at the game in action

Rasmus has been playing Darkspore at Gamescom in Cologne. Anybody up for a bit of Diablo in space? Read our extensive preview for more details...

The evolution of Spore...

Have a look at what's next from Maxis

Next game from the Spore-creators 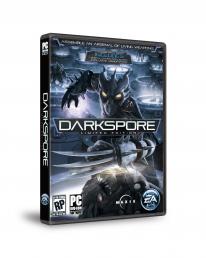