Darksiders III is off to a worse sales start than expected. In the UK, the game made its debut in 32nd place in the weekly charts. The game is selling 84% less than the second part of the series, and compared with the first entry sales drop 70%.

Far from the sort of sales publisher THQ Nordic was hoping for even if digital sales are far more prevalent these days compared to when the original two games launched.

Unfortunately, SteamSpy data confirms poor sales. A mere 71,000 players have bought the game in the first week since the release on the popular PC platform. Meanwhile, the two previous editions altogether sold 2.51 million and 1.37 million copies respectively, even if those numbers include lots of discounted copies and ones included in humble bundles and the likes. Remains to be seen what this means for a potential fourth entry in the series.

For more on Fury's adventure you can read our review of Darksiders III here. 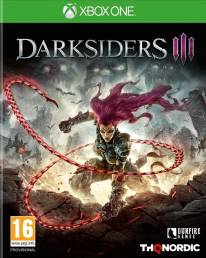