Dark Souls: Remastered has already been released on PC, PS4, and Xbox One, and while we knew the Switch version was delayed, we didn't know when exactly we'd be getting it. That is, until now, as the official Twitter account for From Software has revealed that we can play it on Nintendo's hybrid console from October 19.

The Solaire of Astora amiibo will also be released at the same time (according to DualShockers), and Japanese fans can expect the game a day earlier. If you want to know what it's like though, be sure to check out our review of the release on PS4.

Is this the best news you could get today?

"It's the same content without compromise, and that's all that really matters."

"Dark Souls has carried over not only untainted but improved from the versions of old."

Watch the opening of Dark Souls: Remastered on Switch

See the beginning of our adventure.

Prepare to die this winter.

After all, it is a little hard to follow.

Perfect for collectors to have on display.

Including the Undead Burg, Firelink Shrine, and more. 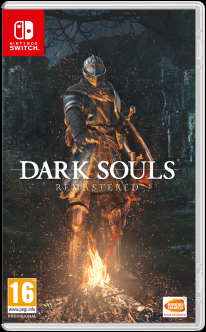