Previous entries in the Souls series (and Bloodborne) are undoubtedly among the toughest and most challenging action-RPGs we've encountered - and Dark Souls III joins its predecessors in observing this tradition of offering up borderline cruelty. If you haven't played a game in the series yet, or if you're feeling rusty and you want to prepare yourself for the challenge ahead, below you can find a selection of helpful tips that will aid in prolonging your life in the latest adventure by From Software.

Specialisation is key to survival
Particularly at the beginning of the game, levelling up is not a big deal, thus a common mistake made by newcomers is to haphazardly increase your character's attributes. New players should be clear and purposeful about how they want to tackle their adventure and opt for a specific build that suits their style of play. A heavy combat soldier's effectiveness is highly dependent on the hardness of the armour they're wearing and the strength of their hand. Attributes such as resilience, life and strength are therefore of particular importance. To invest in magic skills would, later on, prove a fatal mistake, as each new level requires more souls and eventually you'll run out of options. Weapons and spells have certain requirements before they can be used effectively in battle. A specialised character is recommended for newcomers, simply because hybrid play styles require a deep understanding of the game and its mechanics, and allows much less room to manoeuvre as you level up. But don't worry, if you want to try out several different builds, those who want to experience all that the game has to offer will need to plan for several play-throughs.

Manage your inventory with care
On your perilous voyage you will constantly find new things, unfortunately, the value of an item is not always immediately apparent. Also, just because you find something new, it doesn't mean that you have to try it out immediately. It's generally more useful to know what you've just collected and when/how to use it most effectively. The forged components are a good example: the materials for upgrading the equipment are limited and therefore at the beginning of the game they're extremely valuable. Improved weapons have a huge impact on combat, but later on we'll find better equipment, and for that we should also have materials in reserve. There's a neat risk and reward balance here, do you boost yourself shortterm or do you save up and make sure you'll be well prepared for the late game challenges.

Reaction and concentration
In Dark Souls III there are two things that make us stronger. First there's your soul level, and then there's the equipment you use. When you encounter strong enemies (and you will do so, a lot), on top of having good gear and knowing how to use it, you need to know how your adversary will behave. Often it makes sense to try a tricky opponent a few times without using any items and later, when you've got him sussed, you can utilise your inventory to better effect. Many bosses use attack patterns that they can cancel at any moment, or even vary. Those who know the move set of their adversary will be able to provoke harmless attacks that are then easily repelled and open up more room for a retaliatory strike. In addition, it's advantageous to effectively use transitional phases to move quickly and safely between defensive and offensive tactics.

Schedule in some exploration
The world of Dark Souls III is a lively place, and it's filled with secrets. Anyone who takes the time to fully immerse themselves in Lothric will inevitably stumble upon hidden objects, useful shortcuts, and even new challenges. It's important to take advantage of these opportunities when they appear, because during your adventure you'll need all the help you can get. A helpful side effect of exploration is re-defeating enemies, thereby getting extra souls or useful items. Moreover, the additional training with different weapons strengthens your overall understanding of the game itself. Those who have found their way to the next bonfire should level up there, but consider turning back and looking for alternative routes and maybe even the odd secret.

Keep your eyes open
Just like every other game, Dark Souls III also has its peculiarities, and if you can start to recognise them, you should have more luck outwitting the game. Boss battles are, for example, usually in isolated, spacious areas. In these kind of spaces we should carry with us only as many souls as we're prepared to lose. How about an oh-so-tempting chest just sat in the middle of the road? This might well be a trap, and at the very least it won't hurt to play it safe. Getting caught in a trap is usually going to be your own fault, however, if you find the cause before the trap is sprung, you can often turn this in your favour. Blood left by other players usually offers important clues and grim forewarning of upcoming battles. Dark Souls III is never unfair, and if you can decode the world around you can expect to experience fewer (usually unpleasant) surprises.

Strength is often found in serenity
It goes without saying that you should always try to keep errors to a minimum, because the game usually punishes them brutally and without remorse. The worst blunders will often be the result of impatience, sprinting across the map in a reckless manner and so not reacting quickly enough to influence the outcome of dangerous situations. Everybody loses their accrued souls sometimes, and it usually hurts, but that shouldn't be reason enough to give up. If you're playing carefully and always on your guard, if you investigate the weaknesses of your opponents and take the time needed to get through even the most difficult challenges, you will always overcome the torturous challenge of this game. Dark Souls III will try to break you before you're done, and at the end of the day you should never feel really safe - that's part of the game experience.

Weaponise those souls
When defeating a boss in Dark Souls III, you will keep his souls, which you can use to gain a significant amount of experience points, but there is a better way to use them. In the hub area - Firelink Shrine - there is a character sitting on the second throne on the left side from the entrance, who can easily go unnoticed. This character is Ludleth of Courland, and he can transform the bosses souls into powerful weapons or items. For this you need the respective soul and an item called Transposing Kiln (that you will get after defeating Curse-Rotted Greatwood - it looks like a giant tree - near the end of Undead Settlement).

Improve the Estus Flasks
The Estus Flasks will be your most precious item during this painful journey into the world of Dark Souls III, since they allow you to restore health or focus, and are refilled when you rest at a bonfire. With this in mind, it becomes crucial to find ways of improving the effectiveness of the Estus Flasks. First, by using Estus Shards, which you can give to the Blacksmith in Firelink Shrine. This will increase the number of flasks you can carry. Another important item is the Undead Bone Shard, which you can use at a bonfire to improve the flask's effectiveness. Finally, there's the Estus Ring, which further increases the effectiveness of the flasks. You can obtain the ring from the tower next to the Firelink Shrine, but you will need to spend 20,000 souls to get the key required.

Learn to pull enemies
Letting your enemies surround you is one of the biggest mistakes you can make in Dark Souls III, so it's really important to learn how to "pull" enemies one by one to fight them safely. The most effective way to do this is with the bow and arrow (requires 14 dexterity). Aim, shoot an arrow, and wait for the enemy to approach you without alerting his companions. Characters with magical abilities can try the same trick, but there are also other items that can serve this purpose. As a last resort, use your own body. It's riskier, but try to approach the group of enemies slowly, and after gaining the attention of an enemy, retreat quickly.

You can change yours looks and stats
Ideally, we strongly advise you to follow a plan to level up (as mentioned before), but if at some point you think that you have made a mistake and wish to redistribute your stat points, there is a way to do it. First you need to find a character called Rosaria, who is in a hidden section of the Cathedral of the Deep. You then need to join her Covenant and offer up some Pale Tongues, which will allow you to change the look of your character and redistribute your stats. However, you need to take into account that this function can only be used up to five times per character.

Keep resistance items
During your adventure you will find items and equipment that enhance your ability to withstand fire, poison, magic, and other adverse effects. As you will probably have better gear, you may feel the impulse to sell these items, but don't. Keep them, because you will eventually face situations that will put you up against all sorts of conditions, and if you have those items on you, they might turn out to be a big help.

So there you have it, some basics to help you get into the groove of From Software's punishing new action-RPG. If you want to know more about the game why not check out our review for some additional details.

It's the latest game to receive Xbox FPS Boost support. 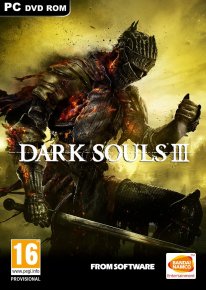