The spiritual successor to Level 5's smash-hit debut is coming to PlayStation 4's PS2 Emulation service next week. Dark Chronicle (Dark Cloud 2 in North America) will be available for purchase on January 19. Dark Chronicle has been eagerly anticipated for months now, with rumours dating back to September following trademarks hinting at a PS4 re-release.

Its predecessor, Dark Cloud, was one of the first titles to appear on Sony's new emulation service, along with Level 5's other popular PS2 title, Rogue Galaxy. The PS2 Emulator is the cheapest place to pick these games up, with Dark Chronicle and Rogue Galaxy coming in at around £50 each on Amazon for a physical copy, and the original Dark Cloud reaching just over £65.

Dark Chronicle is heading to PS4

Are older PlayStation titles making their way onto the latest Sony console? 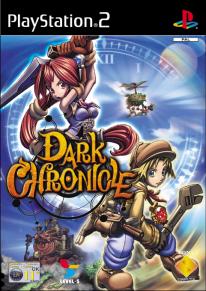