Crytek, the makers of the powerful CryEngine and the Crysis series, are the target of an anonymous Tumblrblog entitled "hire and fire" accusing the developer of treating their employees unfairly.

The blogger goes into detail, claiming management problems at the CEO level, and being forced to crunch for six months. The blogger states that Crytek has either fired or have seen people in the following positions resign as a result:

These claims have been refuted by Crytek founder Avni Yerli in an interview with Develop as he notes that out of these people that left, 9 did so on their own accord, one was a contractor, and 4 were laid off (two of which ended up seeking restitution in German courts - ultimately losing to Crytek).

"These are completely misleading accusations. One thing that will always be the same is that Crytek respects and values its employees very highly, and equally - that's very important. Whether it's an intern, whether it's a director, it doesn't change; everyone is important.

That isn't something that goes away just in employment, that's also in post-employment. Whether there are some people who depart who feel they have not been treated fairly, this is the first time someone has tried to harm us. I think we maintain excellent relationships with ex-employees, and we always try to.

The fact that we can make strong games and technologies is entirely down to the skill and passion of the people that we work with, and a reflection of the harmony and the competency of our team.

It is very distressing for us to think that an individual thinks we have been treating them unfairly. It's very disappointing. " said Yerli to Develop. 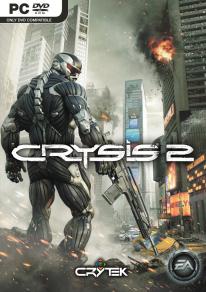