We got a good look at Marvel's Avengers at this year's E3 and spoke to Crystal Dynamics' Noah Hughes (you can see that interview below) about the game. The developer also spoke to a number of outlets and during one particular interview with two different sites, he clarified a couple of additional points about the game.

Most notably Hughes discussed the structure of the missions. Some will be single-player only, while others will open up for up to four players to tackle together:

"So as much as you're allowed to play the whole campaign as a single player experience, a lot of the missions that aren't specifically focused around a particular hero, not only can you choose which hero you play, but you can team up with other players as well.

"There may be areas where you have to go back to a single player mission in order to progress the campaign and open up new areas. But then within those new areas, you have missions where you can team up with friends and progress your campaign as well."

It sounds like there'll be sections of the game that players will have to tackle with specific characters, with Hughes using examples such as areas that only Iron Man can fly up to, or areas that only Hulk can smash his way into. That won't always be the case, however:

"But in a lot of cases, the roles are a bit more flexible, which is within your skill tree and your gear customization, you can build the loadout of your heroes how you want," he explained. "So you might make a sturdier Hulk, you might make a smashier Hulk. And then, for example, Iron Man could be taking out the flying targets while Hulk is attracting the attention of all these enemies.

"So we have a combination of areas that certain heroes gain access to. And then other times were heroes are just taking asymmetrical roles. There's a little bit of discovery too when it comes to finding those places that some heroes can unlock with their abilities."

Hughes also talked a bit about loot. It sounds like he confirms a rarity system will be in place, although he does mention that not all equipped gear will be visualised.

"There's plenty of gear that is much more difficult to acquire and it's going to give you additional benefits," he added. "Part of the fun is to start as a very powerful superhero, but through the acquisition of skills and gear, I really feel like you're tailoring that character." 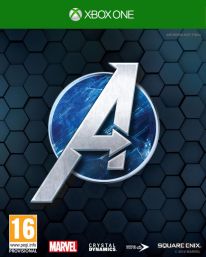