EA and Saber Interactive has just announced that Crysis Remastered has got a pretty massive update, which includes both content and graphical fidelity to PlayStation 5 and Xbox Series S/X. This means we can now use the classic Nanosuit menu as well as play the level Ascension for the first time on consoles.

Here's what PlayStation 5 gamers can look forward to:

More detailed information about the PlayStation update can be found over here and for Xbox at this link. There's also 40% discount for Xbox currently (sadly nothing for PlayStation at the moment), which means Crysis Remastered can be yours for €17.99 / £14.99 from the Microsoft Store.

REVIEW. Written by Petter Hegevall on the 17th of September 2020 at 17

Crysis Remastered is about to get "amazing additions"

Hopefully this means support for PS5 and Xbox Series.

Today on GR Live we are playing Crysis Remastered

Eirik will be putting the revamped shooter to the test on today's stream.

The first PC screenshot for Crysis Remastered has been revealed

The top graphical setting is hilariously named "Can It Run Crysis?"

Crysis Remastered dated for PS4, PC and Xbox One

Take a look at the side-to-side comparison from Crytek.

Saber Interactive and Crytek has shown off Crysis Remastered's destructible environments on the Nintendo Switch. 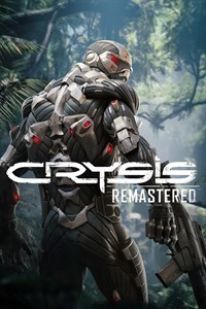