According to the developers, hundreds of thousands of players have tried it in Steam Early Access. The game takes place in the year 2047 after Earth has been devastated by viral epidemics and warfare. Survivors roam in the wastelands with patched up combat vehicles and fighting for scarce resources. The player starts as a fresh recruit, who needs to craft and fight his way up the ladder. This, of course, means taking on lots of enemies as well.

Those who have already played the game can expect some extra goodies via an update. These include a new faction, new parts, improved 3D models and a new map.

More information can be found here.

"More in-depth modes would definitely be appreciated in the future, to make what is a fun and destructive battler into something a touch more complete."

We're heading back into Crossout's battlefield on today's stream

Gaijin and Targem's game is back on the GR Live menu, and we're getting ready to fight it out once again.

We also get a brand new Crater map, tweaks to existing maps, and changes to make things easier for new players.

Including a flag and an experience boost.

We played it for two hours yesterday.

We're taking the new mode out for a spin.

And it comes with a new map called Blood Rocks. 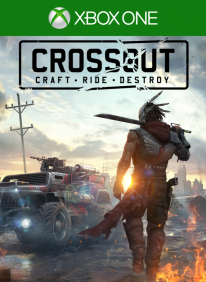