Developer Keen Games is almost done with a playable build of the newly announced Portal Knights. On the game's website we read that the PC game will be available on Steam Early Access February 25, which is the only confirmed plattform at the moment.

Portal Knight is an adventure game where you will be able to "craft your adventure, forge your hero and become the ultimate portal knight", and when looking at the announcement trailer and screen shots from the game it's difficult not to think of Minecraft. The developer writes as follows:

"Play with your friends in this action-packed crafting adventure across dozens of sandbox islands connected by ancient portals."

By "Play with your friends" they mean Portal Knights has co-op missions for up to four players. Check out the trailer and screens below: 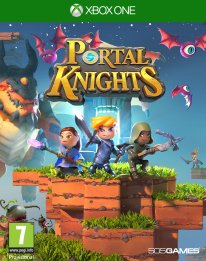