We already know that San Diego Comic-Con will contain an announcement relating to Call of Duty: WWII's Zombies mode, but now we also know via a tweet that Telltale Games will also be giving us some "news" as well.

That's not all there is to the story, though, as the actor who voiced Bigby in The Wolf Among Us retweeted this message, which indicates it may well be concerning him. We'll have to wait until July 20, when Comic-Con kicks off, to see if this is the case, but would you like to see a sequel to The Wolf Among Us? 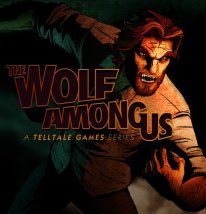