A fun little question posed on Twitter has prompted some interesting discussion around long-abandoned Nintendo-owned IP. The aim of the game is to choose an existing major IP, including the likes of Mario, Zelda, Kirby, Pokémon, and Splatoon, and sacrifice that IP so that we might see the return of a long-lost franchise.

There were plenty of entertaining comments (Splatoon looks like it's going to be the first one on the altar), however, the one that caught our attention was one shared by Cory Barlog, who confessed his longstanding affection for fantasy RPG series Golden Sun. Here's what he had to say:

My body is ready for a modern GOLDEN SUN game built on the still smouldering ashes of literally EVERY ONE of these franchises! Franchises I love very much, just not as much as GOLDEN SUN.

In conclusion...you have my sword, and my bow, and my axe.

Barlog has made it abundantly clear that he prizes Golden Sun above all others, but which famous series would you sacrifice in order to bring a long-forgotten game series back from the dead, and what would that be? Let us know down below.

The God of War developer has a soft spot for the classic fantasy RPG and he's prepared to make sacrifices in order to get it. 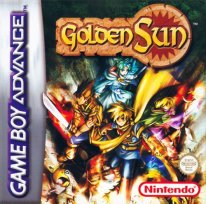