Nier Replicant ver.1.22474487139 launches on Friday and a Japanese commercial for the game has been shared online by Square Enix. This one does not offer any gameplay, but is rather a mix of live action and CGI in quite spectacular way.

You can check it out below. Nier Replicant ver.1.22474487139 is being released for PC, PlayStation 4 and Xbox One. It is basically a remaster of Nier Replicant from 2010, which was only released in Japan.

Despite this, it sold 50% less copies than Automata.

The ad doesn't offer any gameplay but does show off a combination of live action and CGI. 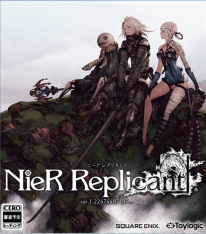