Microsoft and Dontnod will release the episodic adventure Tell Me Why this summer with the goal of surpassing the previous success enjoyed by the Parisian studio with Life is Strange. While keeping the same trademark audio-visual and narrative style, the game will be more self-contained and focused, as its three episodes (of two-three hours each) will launch closer to each other at pre-announced dates.

However, at the same time, it'll be more ambitious in terms of production values, with enhanced and more detailed graphics on both Xbox One and Windows PC, along with added languages for both dubbing and subtitles.

Now Gamereactor can confirm which language options players will enjoy in Tell Me Why at release, which are as follows:

This is a much wider offering compared to Square Enix's efforts in Life is Strange, which for example released with English-only texts and took a year to get additional subtitles. That being said, Microsoft is clearly (and surprisingly) betting on its American muscle first by opting for Mexican (and Brazilian) voices before completing the so-called Multi-5 in terms of dubbing for Europe. 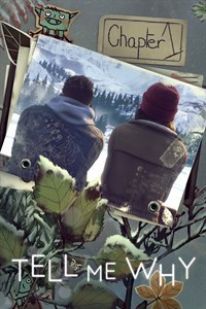