Funcom has revealed some news for Conan Exiles players, as the game has received the Treasures of Turan DLC on PC and PS4, with Xbox One players getting to experience the Turanian culture "soon".

More building styles will be available in the game with this expansion, but there's also new armour, weapons, warpaints, placeable objects, and two new pack animal pets - the caravan rhino and elephant.

What's more is that a Season Pass has also been launched for Funcom's game, including four "core DLCs" coming this year, one of which is Treasures of Turan. The other three are Riders of Hyboria, Blood and Sand, and Mysteries of Acheron, and you can get the Season Pass now on PC and PS4 (again coming soon to Xbox).

For more on the Turanian DLC take a look at the trailer below. Are you investing in the Season Pass? 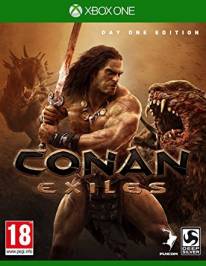