The San Diego Comic-Con is a legendary event assembling some of the biggest and best names from around the entertainment industry, and speaking of assembling teams, Marvel's Avengers will also be shown off at the event during a Marvel Games Panel on July 18 at 13:30 local time.

This panel will also take a look at Marvel Ultimate Alliance 3: The Black Order and Iron Man VR, with Greg Miller hosting the action alongside Bill Rosemann - VP and creative director at Marvel Games - and other special guests, so you'll want to tune in for this if you love Marvel games.

What's more is that there are also booth demos to try out these games, as booth #2329 will let you try Iron Man VR, while Avengers will be at #3829. Ultimate Alliance 3 actually launches the day after this panel, but you can still try it out at the Nintendo Booth #235.

An Ultimate Alliance 3 signing is also happening at 13:45 the day after, featuring story and script writer Marc Sumerak. Speaking of Ultimate Alliance, on July 20 at 16:30 Nore Davis, Josh Saleh, and special guests will be playing the game live too.

At 11:15 on July 19 an Iron Man VR signing is happening too, including creative director Ryan Payton, Bill Rosemann, art director Tim Tsang, and Marvel illustrator and costume designer Adi Granov. A similar let's play session is also happening with Saleh and Davis with Iron Man as well, taking place the same day at 12:00.

For more on what Marvel Games is showing at Comic-Con, head this way. Which game are you most hyped about? 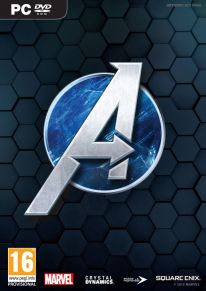