Codemaster's F1 2015 will be released in about two months, but the company has also the possibility to do one more F1 game next year. Game designer Steven Embling told Videogamer, that they also hold the F1 license for 2016. They have the option to do a new game next year, but after that they would have to negotiate a new deal. He also told, that this is exactly what they are planning to do after this one expires.

Not the most surprising move, but at least it guarantees that F1 games will most likely be seen in PS4 and Xbox One in the future. Last generation versions were dumped permanently this year, so there will be no further F1 games on PS3 or Xbox 360. 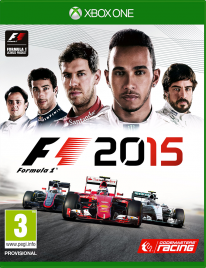