He is called "The Voice of Reason" and "Best in the World", and well, now he can also call himself coverstar of WWE 13. The popular wrestler CM Punk, was announced as the cover athlete of THQ's upcoming WWE 13 last night on the latest episode of WWE Raw. A release date was also revealed and the game will hit American store shelves on October 30. 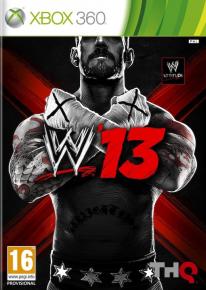