Civilization VI fans will be greeted with a surprise this week when they log into Steam, as the Winter Update has been rolled out. The update brings in new features for you to customise your gameplay even further, some minor gameplay updates, and a number of balance changes.

Aside from the new features, there are loads of minor gameplay updates and balance changes. The release of this update also marks the release of the Vikings Scenario Pack and Poland Civilisation pack, both of which are available for £3.99. The Vikings pack introduces loads of new scenarios for you to get your hands on, and the Poland pack brings a whole new playable civilisation for you to try out.

You can check out the full update log by heading this way, where you can read about the two new packs, as well as the nitty-gritty of the update. Which new feature is most useful? 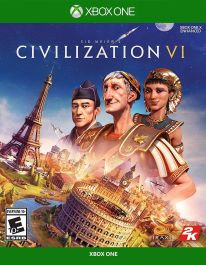