Battle royale is everywhere these days, from Fortnite and PUBG to Fallout 76 and beyond, spanning dedicated games to added modes after release, and now Firaxis Games and 2K have managed to work a battle royale experience into Civilization VI via the Red Death multiplayer mode.

This is included in the September update, available right now, and this requires you to race to board the last space ship off the planet, which you can get a sense of in the official trailer below. The video below shows various troops as well as mutants, and you can even find nukes to send off against your enemies.

While this is the highlight, there's a lot more included with Civilization VI's September update, which you can find via the patch notes.

It's not quite the Civilization VI experience we're used to, but do you like Red Death? 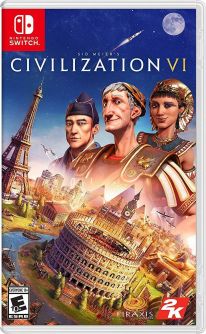