One of the best games of Civilization: Beyond Earth I've had so far was a game where nothing went as planned. I played as the African Union, and landed in the southwest corner of a desert and plains-filled continent. To the north, I had room for one or maybe two additional cities, and to the east I'd be able to squeeze in one or two before ending up in the middle alien-infested territory, filled with aggressive native species and their nests. It wasn't perfect, but it would have to do.

But just a few turns later, Brasilia, the game's most war-happy nation, lands smack in the middle of the area I'd chosen me as mine, and as if that wasn't enough, I also discover an alien nest immediately north of my capital. I spend several turns and many lost troops clearing the aliens away, but just as I manage that, the South Americans send out a colonist and found a city right on my border.

Obviously I can't have that, so I throw my initial plan of aggressive expansion out the window, and focus all my resources on kicking the Brazilians out of the lands that should be mine and keep them at bay with military force. I succeed, and by piling up troops at the border of the territory I want, I force them instead to expand eastward. I still have a lot less room than I'd like, and much of it is desert. Through lucrative trade routes I manage to make Brasilia forget our initial conflict, and soon we become friends - the only ally I really have. They expand to the east and fight with other nations, while I race towards a quick Contact victory, trying to establish contact with sentient alien life in space. It's practically a photo finish, but I get the win - only a few turns before Brasilia, of all nations, reach their Emancipation victory by conquering Old Earth with an army of cyborgs.

In case you haven't heard of Civilization: Beyond Earth before, it's the first official game in the legendary strategy series that drops the journey from prehistoric times to near-future and instead sends us into space to colonise a new planet. The game is clearly inspired by Alpha Centauri, a sort of Civilization II-in-space that Firaxis made ​​in the early 00s, when the rights to the Civ series belonged to someone else. Beyond Earth is not a direct sequel to AC, and differs on many points, but in my eyes it's still a must for all strategy fans.

Beyond Earth is based on the same game engine as its predecessor Civilization V, and the visuals and interface resemble the predecessor a lot. But it would be a mistake to simply dismiss it as a re-skin of Civ V, as Beyond Earth shakes up the mechanics and adds many new concepts.

The foundation is the same as in all 4X games - explore, expand, exploit, exterminate. Explore the new planet, grow stronger, use its resources and crush your enemies. The game makes you constantly face new and interesting decisions, and there is something to consider in virtually every turn. What should this city now produce? What technology should we research? Should we share resources with this country?

They're classic decisions, but Beyond Earth piles on with a lot of new ones in the form of quests. Some of these are as straightforward as sending an explorer going to investigate a ruin, or launching two satellites, and they often lead to cash rewards in the form of a pile of extra production, science or energy (which acts as the game's currency).

More interesting are the stories that come with your buildings. The game tells stories, such as how your people have begun to worship at your Old Earth Relic, or how an invasive plant species from Earth has taken root and begun to spread. They always involve a choice related to a bonus from the building. It boils down to whether, for example, to should provide +1 science or +1 health per turn, but the choice is rarely obvious, and gives the feeling that this is "your" game, and you aren't just following a historically determined route for your civ. And you can ignore the actual narrative if you want.

The same personal touch is also apparent in the game's most central concepts, the so-called Affinities. There are three: Purity is about sticking with the human genealogy as something sacred, and making the new world as Earth-like as possible. Harmony is about embracing the new world's biology, and genetically engineering yourself a better life. Supremacy is about supercomputers, superconductors, augmentations and subjugating the world through superior technology.

They affect what units you have available and how they can be upgraded, which technologies to prioritize, what resources you need, and how other civilizations look at you. Different worldviews can cause friction, and although you might still be allies, your affinity often becomes yet another item on the long list of reasons why your enemy hates you.

In the game I mentioned in the opening, I had intended to play Purity, but there happened to be very few Floatstone resources around me. However, I was surrounded by the Xenomass that Harmony needs, and once my situation was stable enough for me to think along those lines, the choice was obvious. And it's in these situations where you have to rethink your plans on your feet and adapt that Beyond Earth is at its best.

In many ways it feels fresher than Civ V did when that was released. It undoubtedly has something to do with four years of experience and adjustments that also resulted in the two expansions for Civ V, but this is more than that. The amount of new ideas and concepts - such as the miasma fog covering some tiles, which in the beginning is dangerous but can later be used tactically - gives the game its own identity compared to the rest of the series. It is still Civ, but in a new way.

I also love the fact that you can change the game's pace. I clearly prefer to play on the fastest setting, where I haven't yet had a game longer than 300 turns. That means that you can finish a game in a single day, approximately, and combined with the many either / or choices along the way, that really encourages exploring all the different possibilities of. And for those who prefer large maps and long games, the option's there for that as well.

I can't remember the last time I enjoyed a Civ game as much as I‘ve enjoyed Beyond Earth. I think we have to go back to Civ II or something. Maybe it has something to do with my temper, but in short, I'm crazy about Beyond Earth.

That doesn't mean the game is perfect. There are flaws, such as a game where a significant part of the espionage interface stopped working, meaning I could no longer see what was happening in cities where I had spies. Whenever I get to upgrade a unit, the unit's portrait will often be overlaid with one of the basic vehicles. It looks pretty silly when my mean looking Marine has a tank around his waist. Sometimes Civilopedia, the in-game encyclopedia, is missing important information, like the fact that a city must have access to Firaxite in order to build an Observatory. In addition, the review version refuses to run at more than 1368x768 resolution in full screen, and I've had that problem persist across two computers. Thankfully, it plays fine in windowed mode.

None of these things are deal breakers, but they do harm the overall impression a bit. We've heard rumblings about a patch on release day to fix those issues, but we have not seen the patch or the patch notes, and so we mention the issues we've encountered here.

There is another problem, which in turn has a greater impact on the experience. In short, the feeling of victory is slightly anti-climatic. You get a pop-up with a lovely picture and a nice little monologue, and that's it. It feels a little abrupt. Previous games had great cutscenes in this context, but not here. One can of course argue that the journey is more important than the destination, but winning could do with a little more fireworks.

Sometimes the presentation of information leaves a bit to be desired. For example, there's been several occasions where the game, seemingly out of nowhere, told me that I had gained one or more levels in the Purity affinity, despite not researching anything that should result in that. I later figured out that one of my spies had stolen a technology that gave Purity points, but that context was hard to grasp at first.

But let's get back to what I said before: I can't remember when I last enjoyed a Civilization game as much as I have enjoyed Beyond Earth. I'm itching to jump on it again, raise the difficulty a notch or two, and see how fast my plans go down the toilet as I try to mount a panic-stricken comeback. It's an excellent strategy game, and despite minor problems it deserves a warm recommendation.

Advertisements
Gamereactor UK
+
Great depth, Constant stream of meaningful decisions, Lots of opportunity to shape the game to your preferred playstyle, A fresh take on a classic concept.
-
The endings come across as a bit underwhelming, Minor bugs and glitches.
is our network score. What's yours? The network score is the average of every country's score 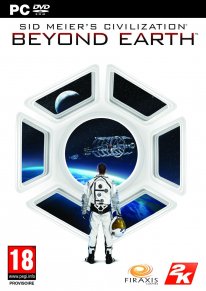