Then, it was a demo counted in the minutes. Now, gameplay stretches into the hours. The session ends before the demo does, but in our time we see the game's opening, explore a handful of locations, stumble across three characters who join our party and dig into the turn-based combat system.

Child of Light's an artistic blend of 2D platformer, RPG and fairy tale. It's an extraordinary looking game, even in an age were the smallest indie titles dazzle us every other month with their art styles. As with Rayman, the game's been built on Ubisoft's Framework Engine. Concept artists simply hang their painted sketches onto this backend graphical hook and their fantasy landscapes become the world in which Aurora and Igniculus explore.

We'd got the rough story idea last time - a whimsical tale that has Aurora slipping into this world from hers and charged with seeking out the sun, moon and stars and ultimately tackle Umbra, the Queen of Night. There's plenty of text-based chatter between cast and NPCs. Everything rhymes. You applaud the effort, even if you wonder if they'll exhaust the quality of the rhythmic conversations for the ten plus hours the adventure's apparently expected to last.

The style may be 2D, but the world is sprawling, multiple large areas stitched together to form one locale, then gateways secreted at the area's ends leading to the next location. Each area has multiple routes through, as well as dead ends hiding treasure, monsters or both. As with any RPG, exploration is suggested but not enforced.

Neither are you constrained to running left to right; early on you'll backtrack to where you started and continue past it to an area you didn't even know existed (who ever goes left when they start a 2D game?). At the same time you'll earn a set of wings that'll let Auroa fly indefinitely, so the path back will be different again - taking to the treetops and the skies above whereas previously you had to walk under the forest's shade.

This upwards route leads you to stumbling upon a jester named Rubella, who's seeking her brother. Later we're joined by the heavily-bearded Finn. The two, plus a third character we meet just before session's end, fill the traditional roles of RPG classes. Rubella's the healer, Finn the mage. The third (unnamed here for spoiler reasons) is your buff and status-altering caster.

Everybody gets an extensive skill tree that's gradually unlocked in the menu systems. The better abilities are buried deep into each branch, and each tree has multiple branches. Investigating each before committing any XP points is necessary to pre-plan your preferred character customisation. It's one of the more obvious clues that for all its childish storytelling, underneath Child of Light is a rock-solid, tough RPG with a robust combat system.

We'd sampled the combat system previous, but not really tested its mettle. Unlike say, South Park: Stick of Truth, you've got to be actively aware constantly during fights. We're talking combat of the turn-based variety that nudges the heart-rate up a few notches, and has you punching the sky when you've downed a group of foes or a mini-boss. As for the bosses proper, come their collapse you're heaving a sigh of relief.

It's good stuff, and that's because of the unique systems built in. While your party and their foes dominate the screen, focus will be on two key elements: the casting bar along the bottom of the screen, and the position of Igniculus, your firefly partner who's controlled with the right stick. Success, or at least keeping the upper hand in battle, is tied to correct timing.

Every combatant, both friendly and enemy, are represented by character icons on the casting bar. Most of this bar is clear, but the last third is red. When a character icon touches this red segment, time freezes and they're given the option to select their preferred attack.

At that point, time starts again, and their icon continues along the red part of the bar. The time it takes for their icon to reach the bar's end it defined by how long a charge is needed for that attack to be cast. When their icon reaches the end of the bar, they perform that attack.

However, if that character is struck while their icon is still in the red zone, their concentration (and casting) are interrupted, cancelling their move, and their icon is tossed back to the far end of the bar.

This affects every combatant. So it's possible, and in fact necessary, to interrupt enemies before they land stronger attacks. Some characters have faster charges, and casting buffs speeds the charge even further. You can also strike with, and be hit with, negative status aliments to slow charging speed.

Part of Igniculus' role in battle is tied to this. Direct him beside an enemy and hold a button and he'll flare up, blinding that combatant and slow their cast time. But his flare is limited and has a slow recharge, and the same flare can be used to heal your team members. Dotted around the battle screen are flowers that expel ‘wishes' (energy recharge points) that can top his bar up. But there's only a few and it takes an age before they bloom again.

It's real-time timing built on top a turn-based RPG system.

Added to that, enemies embrace the ideology of elemental preferences wholly. Choose anything other than an elemental-charged strike and the damage will be tiny. This early on, Finn's trio of magic attacks become key, but you can also equip crystal shards onto Auroa's sword to add a taste of elemental damage (though we wish we could swop them during battle, as enemy groups quickly become diverse). During combat you're limited to a party of two, but can switch out any member for another instantly.

It's a tough game, make no mistake. But it's also completely engaging in these moments. XP-grabs are great coming out of battles victorious, but we genuinely weigh up entering each and every clash. Enemies patrolling the world will attack on sight, so using your firefly to blind them to let you get behind them (and get first strike come combat) becomes the norm.

Outside the action, Child of Light shifts the thinking processes down a gear or three by offering small puzzle-based sections. These, so far, have ranged from matching up item shadows with wall carvings using your firefly's flare, to operating machinery correctly to get a switch-triggering box from the bottom of a gallery to the top. Few they may be, but they're welcome additions to everything else the game's offering.

We've missed turn-based combat that keeps us on our toes, and packaged as it is with a beautiful watercolour world, enchanting soundtrack and that bafflingly large gameplay time (for a digital title, we thought it'd be half the expected ten hours at best), the end of April will see us happily part with the ten or so quid to see this adventure through.

A total of six games free this month with Xbox Live Gold!

Child of Light successful enough for a sequel

Patrick Plourde says it made Ubisoft a profit.

Child of Light shows off the World of Lemuria

Beautiful RPG in all its glory. 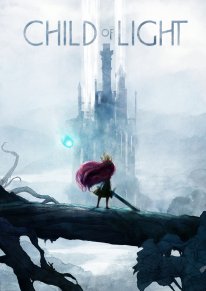