The Farm 51 has revealed that Chernobylite is set to hit Steam Early Access on October 16, meaning you can head into the Exclusion Zone just in time for Halloween, including Pripyat and the power plant itself.

New locations, characters, and mechanics have been added thanks to the support from backers, and on October 16 you can see the plant, Kopachi kindergarten, the Eye of Moscow, and parts of Pripyat. Eight hours of storytelling will be included, as well as access to all future updates, adding even more like characters, episodes, and equipment.

With a branching narrative and multiple endings, The Farm 51 promises new experiences even if you play everything in Early Access, and closed alpha tests are starting tomorrow for Kickstarter backers too.

The full release is planned for the second half of 2020, but for now you can watch an Early Access trailer below that shows us what's coming next month.

When we talked to The Farm 51 at Gamescom, they told us that "everything you see" in the game exists in reality, since they went in to scan the environments in question, so as to reproduce them in the virtual world.

This post-apocalyptic shooter draws heavy influence from Metro 2033 and Fallout 4.

Chernobylite's console launch has been delayed to September 28

This is due to "some unforeseen issues."

And the console version will follow up in September.

Chernobylite is getting a physical edition for PS4

It will be leaving Steam Early Access in late July and coming to PS4 and Xbox One later this summer.

The developer promises that the game will, however, launch with more content. 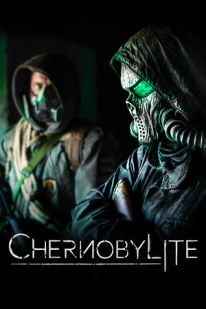