The latest racing game from Italian outfit Milestone, Gravel, is expected on PlayStation 4, Xbox One and PC on February 27th, 2018. Having recently shown some images, the developer has now unveiled the career mode, structured around the virtual TV show "Off-Road Masters".

The players will take part in a series of events in each discipline, the goal is to get the first place in each event and defeat the top dog of each. A win against the champion of each discipline will be necessary to progress in the race for the overall crown.

In Stadium Circuits mode, players will attempt to defeat Scott Parker, while Ryan Carter will be the one to dethrone during the Wild Rush events. Speed Cross champion James Watanabe will do his part to impede your progress with Justin Evans is up next in Cross Country. After competing in Stadium Circuits, Wild Rush, Speed Cross and Cross Countries, players will be ready to go up against Sean Walker, the titular Off-Road Master. This is detailed in the video below.

If you want to learn more about Gravel, check out our preview impressions. 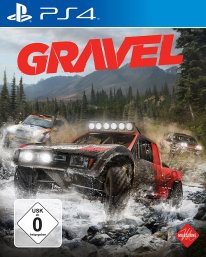