Hello Games' No Man's Sky has been toppled at the top of the charts, with Codemasters' F1 2016 replacing it in pole position.

No Man's Sky sales were down 81% from last week, allowing F1 2016 space to overtake it and slip into first. Sales for the racing series were also down 32% on last year's entry (F1 2015), a surprise given the encouraging critical reception enjoyed by this year's effort.

Lego Star Wars: The Force Awakens saw better fortunes, with sales increasing 13%, allowing it to move back into number three. Outside the Top 10, Mirror's Edge Catalyst saw a 90% rise in sales, putting it back in the Top 40 at 27.

In other chart news FIFA 16 and Rocket League stay where they are at seven and six respectively and Call of Duty: Black Ops 3 slips out of the Top 10. Here is the GFK Chart-Track Top 10 in full: 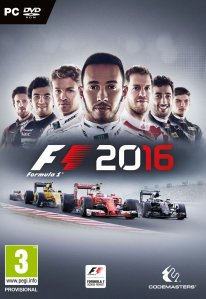