If you liked Blood Bowl 2 just as much as we did, then you'll probably enjoy it even more now, as the game has expanded with two new additions: The Chaos Dwarfs and the Khemri teams.

The first of these includes huge Centaurs that will hurt a lot to play against, while the latter has ancient Egyptian inspired armour and really don't care much about their own wellbeing, since they're already dead. Both races are available as individual DLC for PC, PlayStation 4, and Xbox One.

Below are screenshots and their descriptions from the press release. Are you still playing Blood Bowl? If not, will these new inclusions make you again?

"The Chaos Dwarfs are different. They are the twisted descendants of Dwarf explorers turned into evil, self-centered creatures by the forces of Chaos. Their teams are defence-oriented and benefit from the great velocity of their Centaur retrievers and from a very powerful front line that can endure (and apply) a lot of pressure. Their main weakness lies with their poor ball-handling skills, forcing them to rely on their fragile Hobgoblins."

"Being dead has its advantages. The Khemri team not only possesses the Regeneration skill but, due to certain arcane devices dragged up from the tombs, some players also benefit from Block and Pass. This means that they surpass the other Undead teams when playing the ball as they can run and pass almost as well as similar players of the living races. The flip-side of course is that since the majority of the team is made up of shambling Skeletons and lumbering Mummies, Khemri Coaches will need all their centuries of experience not to lose their most useful players early in the game."

"Even with the somewhat narrow team selection and the dopey AI, Blood Bowl 2 is clearly an improvement over the original."

Chaos Dwarfs and the Khemri now available in Blood Bowl 2

Both are available as individual DLC.

Werewolves, Zombies and Ghouls all come off the bench.

But you'll have to own the game before the DLC arrives.

And Cyanide Studios introduces a new race, called The Bretonnians.

Tactical and brutal pigskin action due out later this month. 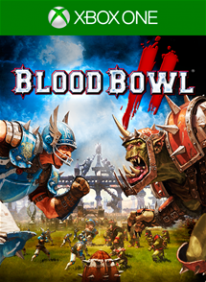