REVIEW. Written by Magnus Laursen on the 3rd of February 2018 at 09

Celeste, the tough but satisfying platformer from Matt Makes Games Inc. has some neat control features at play to make it just that and now, Matt Thorson himself has revealed them all.

Celeste and Inside free with Epic Games Store next week

The two acclaimed titles are free at the same time, following on from Fez which is available now.

The Celeste 'Farewell' DLC soundtrack is available for pre-order

The charming and beloved Matt Makes Games Inc. platformer Celeste is getting a massive free DLC.

The new content will be totally free on all platforms, and Matt Thorson has some news regarding a change in format.

Celeste is getting "farewell levels" early next year

Also, the studio has revealed game has sold half a million copies since it went on sale in early 2018 (and the soundtrack did pretty well too).

Celeste sold better on Switch than any other platform

Another indie title does better on Nintendo's hybrid console than elsewhere.

Server maintenance means we're not playing Hunt after all.

Coming to PC, PS4, Switch, and Xbox One. 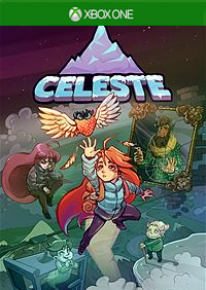